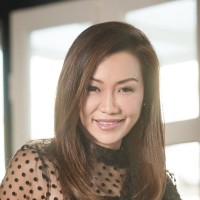 Trina Liang-Lin grew up appreciating good Hokkien food cooked by her beloved grandmother in her kitchen and was her sous chef from a tender age. As a child, she spent many happy weekends on her family’s farm (pigs, chickens and vegetables) in Lim Chu Kang. Both her grandmother and mother passed away when she was young – from diabetes complications and cancer respectively. She understands how ill health can adversely impact a family. She believes in the healing power of food and that the young should be empowered on their journey to learn more about their food world regardless of socio-economic background.

Trina is the founder of FoodSteps,  the free school nutrition education outreach programme for primary school kids in Singapore which targets kids from lower income backgrounds. She is also the chair of World Food Future, an annual conference in Singapore targeting food consumers interested in their rapidly changing food world – from nutrition to food sustainability, security and the future of food.

Away from the food world, Trina is the Managing Director of Templebridge Investments. She is a pioneer and specialist in the Asian bond market securities sector and has held senior positions in a number of global investment banks in Hong Kong, London and Singapore. Trina holds a Masters degree in  Accounting and Finance from the London School of Economics and a Bachelors degree in Economics from the National University of Singapore. In 2021, she was appointed by the Ministry of Finance (Singapore) to represent the country at the G20 Private Sector Alliance for the Empowerment and Progression of Women’s Economic Representation (EMPOWER).

Trina is past-President of both UN Women (Singapore) and the Financial Women’s Association of Singapore (FWAS) and the past Vice President of Singapore Council of Women Organizations and co-chair of BoardAgenda and the Singapore Women’s Hall of Fame. She has also previously served on the boards of Sentosa Development Corporation (Audit), the National Volunteer and Philanthropy Centre (NVPC), the Singapore Institute of International Affairs (SIIA) and the Economic and Employment committee of the government’s feedback unit, REACH.

She currently sits on the boards of the World Wildlife Fund for Nature (WWF) Community Foundation of Singapore,  SPCA, Victoria Junior College (Vice-Chair) and Singapore Repertory Theatre. She is a member of the Young President’s Organization (YPO).

She has worked on political campaigns in Singapore: most notably in the election of the 7th President of Singapore (2011 to 2017) Tony Tan Keng Yam’s presidential election, and in Minister Lawrence Wong’s small and tight-knit election strategy team focused on campaign strategy and speeches.